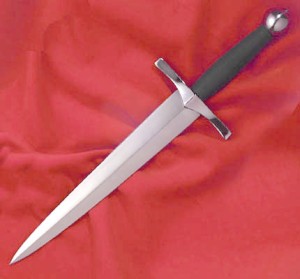 Berea College Appalachian Music Fellowship
Day 7, June 9, 2009
How many ways can you murder your sweetheart?

That’s the question I kept coming back to today while reading the verses to hundreds of “Murdered Sweetheart” Ballads (honest, that’s the genre name scholars give to these murder songs). In the countless variations of the murder ballad “Knoxville Girl,” for instance, the murderer uses a beech wood stick, beech wood club, hickory stick, hard oak stick (you choose) to beat his beloved “till the ground around her stood in a bloody gore.” Then the murderer (now remember, this is the man who wanted to marry the Knoxville Girl) drags her around by her hair and throws her in the river. Drowning is one of the preferred methods of slaughter in these “Murdered Sweetheart” ballads, but poisoning, stabbing, decapitating and shooting are just as effective as blunt force trauma. Evidently, strangling was not often used, or maybe just not poetic enough to qualify for song lyrics. Whew, I’m exhausted today from vicariously witnessing so many murders.
One more bit of interesting information I found today regarding the ballad called “Rose Connoley” or “Down in the Willow Garden.” Although this is an Irish ballad, it has rarely been collected in Ireland in the same way that it appears, almost everywhere, in the southern Appalachian mountains. Folklore scholar D.K. Wilgus writes: “It is as if an Irish local song, never popularized on broadsides, was spread by a single Irish peddler on his travels through Appalachia.”
The Wilburn Brothers had a big hit with “Knoxville Girl” after the Louvin Brothers. Here’s Teddy and Doyle (with flattops) singing their version

Marianne Worthington is a poet, editor, and co-founder of Still: The Journal, an online literary magazine publishing writers, artists, and musicians with ties to the Appalachian region since 2009. She received the Al Smith Fellowship from the Kentucky Arts Council and the Appalachian Book of the Year Award for her poetry chapbook, Larger Bodies Than Mine. She was awarded grants from the Kentucky Foundation for Women and the Appalachian Sound Archives Fellowship at Berea College. She co-edited, with Silas House, Piano in a Sycamore: Writing Lessons from the Appalachian Writers’ Workshop, a writing craft anthology from teachers at the Appalachian Writers’ Workshop from the last 40 years. Her work has appeared or is forthcoming in Oxford American, CALYX, Grist, Shenandoah, The Louisville Review, Appalachian Review, Cheap Pop, and Chapter 16, among other places. She lives in Williamsburg, Kentucky, and teaches communication studies, media writing, and journalism at University of the Cumberlands. Her poetry collection, The Girl Singer, is available from University Press of Kentucky, 2021. View more posts